Has Someone You Know Been Arrested?

If someone that you care about has been arrested, you need the right company to help them get released as quickly as possible. That's why Sources Unlimited, through Quick Release Bail Bonds, offers professional bail bond services with flexible payment options.

Don't let someone suffer in jail even a minute more than they need to. Call Quick Release Bail Bonds now at 972-771-4401. Our license number is 0805, and we are certified to write bonds for Rockwall County. 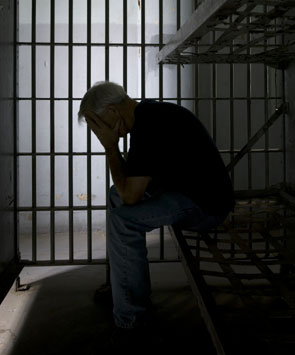 Why Bail Bonds are Needed

Not everyone arrested for a crime is found guilty. In fact, law enforcement officers often have no choice but to arrest someone, depending on the crime they believe has been committed. In order to get someone out of jail quickly so that they can return to their day to to activities, you need a bail bond.

After an arrest, an arraignment is held. A judge will review the reasons for the arrest, and decide how much a defendant must pay to be released before they are sentenced. But because this amount can range from hundreds to thousands of dollars, friends and family of the defendant may not have that much cash immediately available.

That is where we can help. What we can do is post bail, so that the defendant can be released, and get back to their normal activities until possible sentencing. Because time is of the essence, we are often able to get someone released from jail in just a few hours after the bail amount is announced.

To make it easier for someone to get a bail bond, we are able to accept payments by credit card, or even offer financing for installed payments.

Information to Know Before Getting a Bail Bond

After someone is arrested, they are booked at a detention center. During that time, the defendant is fingerprinted, and a mugshot is taken. If you are a family member or friend of the defendant, it helps for you to provide us with:

We Need to Hear From You Now

You understand why a bail bond is needed, and that it's important to get one sooner rather than later. The longer someone spends detained, the harder it will be to return to their normal activities. So call us now at 972-771-4401 or fill out the easy form on this page for more info. You can also visit our Rockwall County Bail Bonds website for more info.